I have been riding on a high after the most amazing family vacation down to Virginia Beach. It’s so special to get the whole gang together, especially those who live whole oceans away! Having my cousins around gives me the warm and fuzzies from my childhood. That is priceless.

Upon my return, I was so ready for a detox. Picture having queso intravenously pumping itself into your system for 7 days straight. That’s a fairly accurate depiction of my eating habits that week. It goes without saying, my body was aching for some greens.

I’m a big fan of Queen Martha. Justin Bieber roast anyone??? I can’t even. 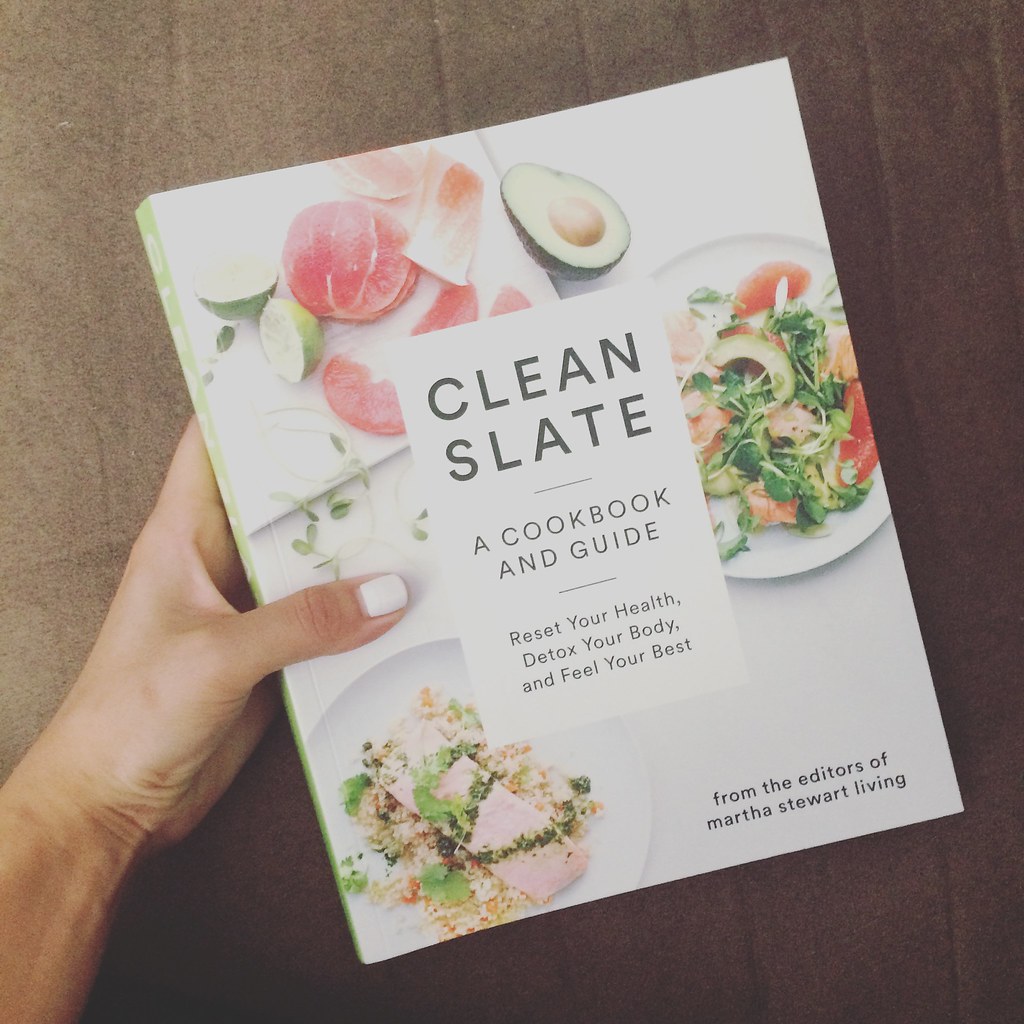 I picked up Clean Slate, which aggregates many existing Martha Stewart Living recipes. The reason I liked that better was because I assumed the recipes would taste good without having the main purpose of being healthy. I got the book last Saturday and kissed my poor eating habits adieu, but not without inhaling a mega-burger topped with maple bacon and an egg at Townsman’s Biggie brunch. I will save that for another post, but it was quite the experience. 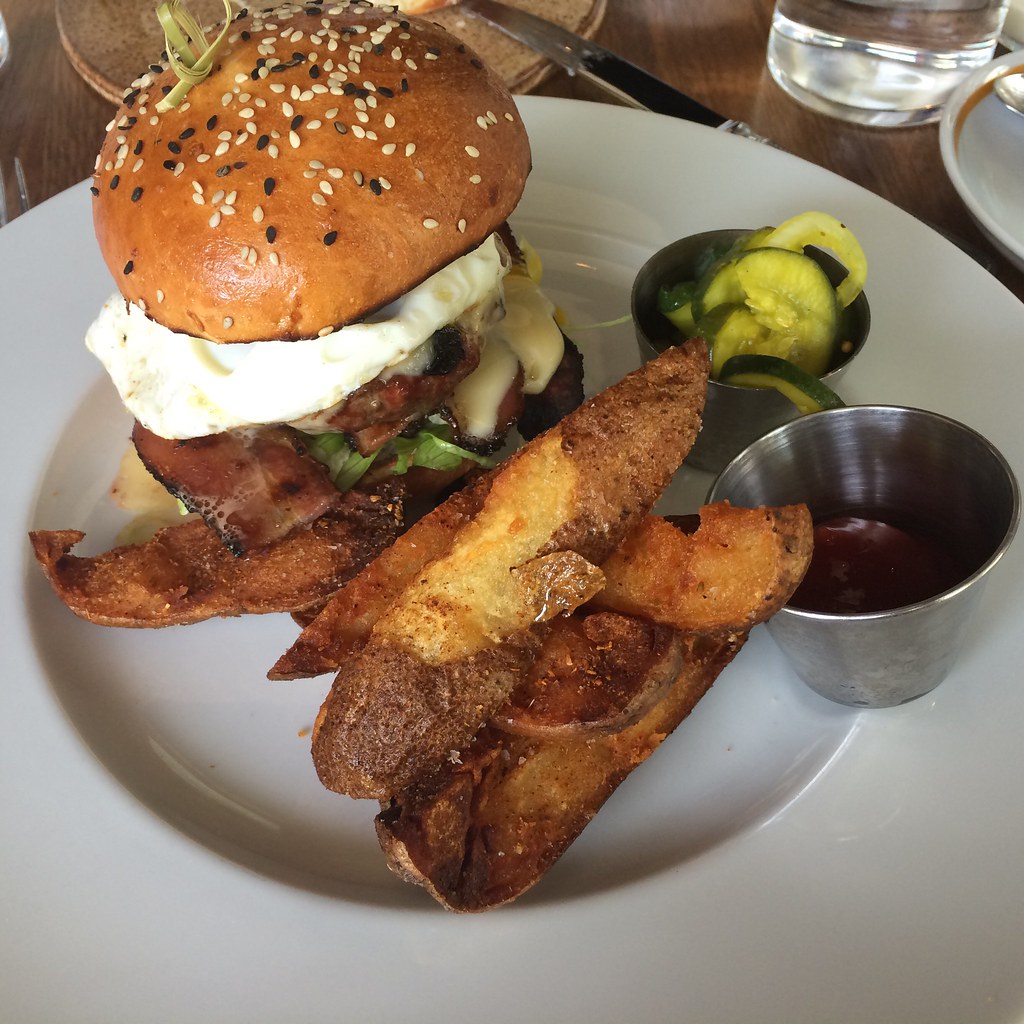 Week 1 has not gone without its challenges — namely, some Labor Day weekend cheating. Can’t deny that last summer splurge!

Week 1 is the cleanse week. DUN DUN DUN!!!! Head straight to your local produce section, ladies and gentlemen, and hunker down with your blender. Smoothies and juices were out in full force as were proteinless salads. Note, the book even references refraining from intense cardio during this time period because you will be weak (**Katie translation – tired and cranky). 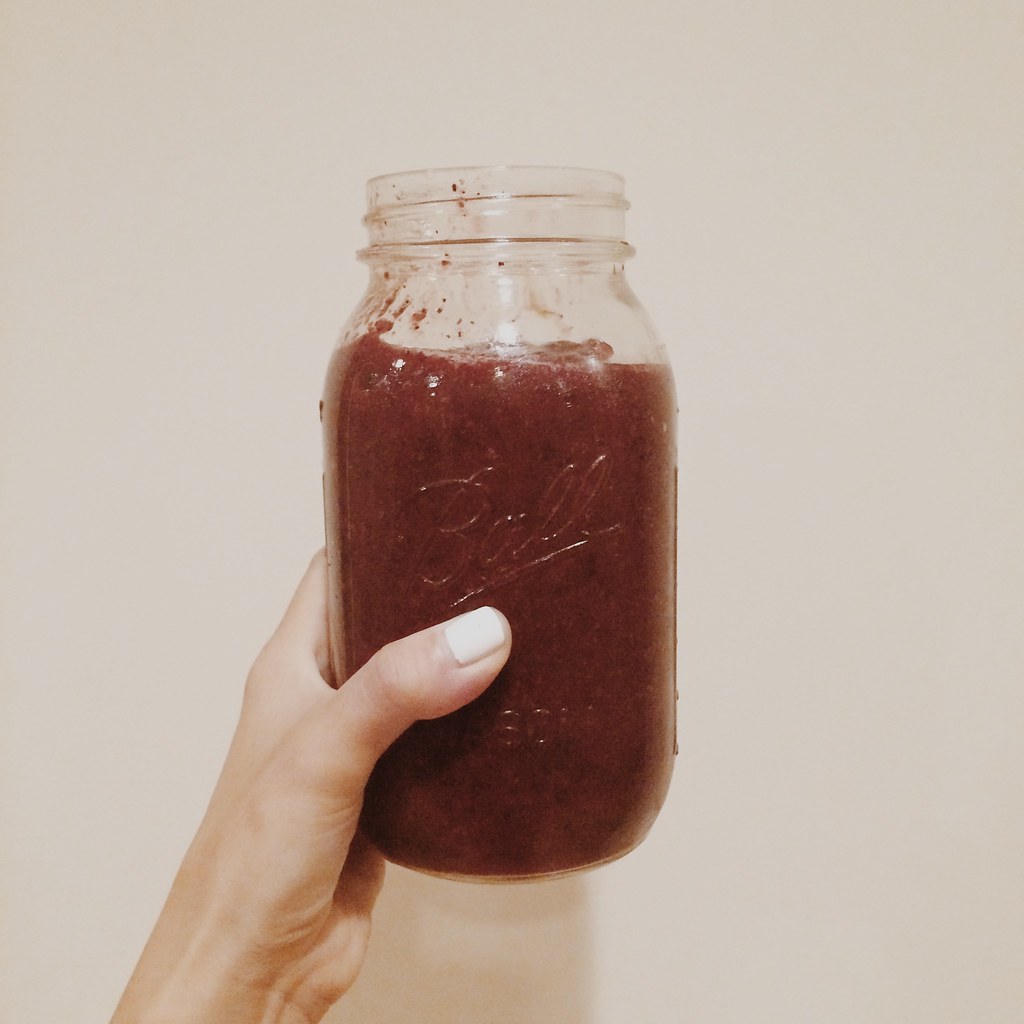 Coconut, cherry, and lime smoothie – felt like I was cheating!

I was extremely apprehensive. I am all about those eggs for breakfast and the thought of eating berries only made me fear oversnacking at work. This did not happen. In fact, I was so full from some of these smoothies, I had trouble drinking the whole thing. They ranged from OH MAH GAHHHH DELICIOUS to hold your nose and throw the damn thing back. The green machine was particularly challenging for me, with an overwhelming blend of kale, romaine lettuce, flat leaf parsley, and a whisper of pineapple and mango. When I say whisper, I mean you cannot taste it. The parsley killed me. That was Day 1 and I was not looking forward to meeting the Green Machine later in the week. Of course, that was until Day 2 when I was confronted with its equally nasty juice cousin, Cucumber Pear juice. Don’t let the name fool you, there is also celery and ginger. So much ginger, you will clear your sinuses for the next 3 years. I also made a rookie assumption that blending this mix rather than juicing would result in great things. I was oh so wrong.

The beacon of hope occurred on Day 3 with the Coconut-Cherry smoothie. I would attribute its success to having to purchase coconut water from a less than reputable source which may have included added sugar. Holy Lord, this was incredible. I could have cried. Day 4, I got creative because I had run out of pineapple and forgot to buy spinach. I forewent my Pineapple-Spinach Juice and made some swaps. Instead, I used the 5 cups of romaine, subbed spinach for kale, and threw in some blueberries for good measure. Though not terrible, I did not enjoy it, so I knew I was right on the mark with that one. Day 5 through 7 was a rematch with my green friends, rounded out by another Coconut-Cherry smoothie.

Lunches and dinners were not bad, but nothing to write home about. In general, most were a little too ugly to take pictures. 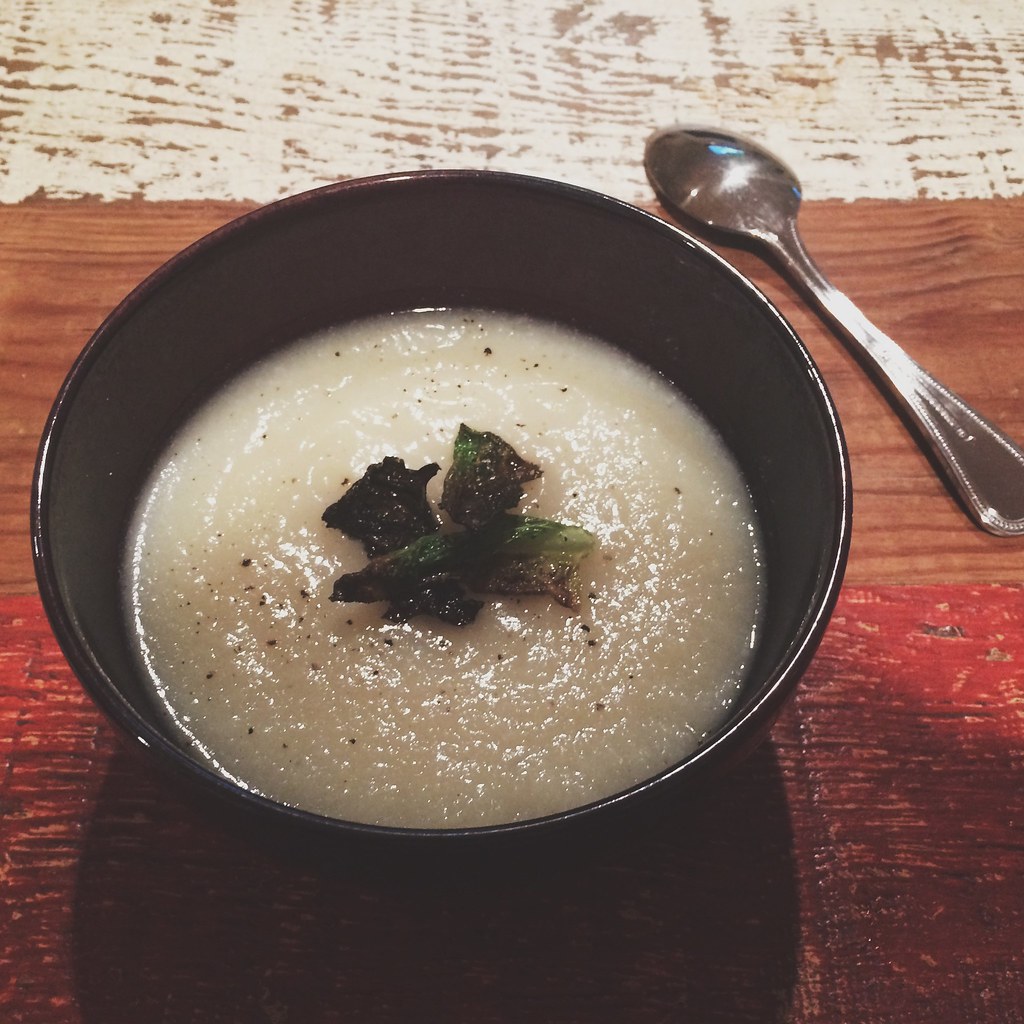 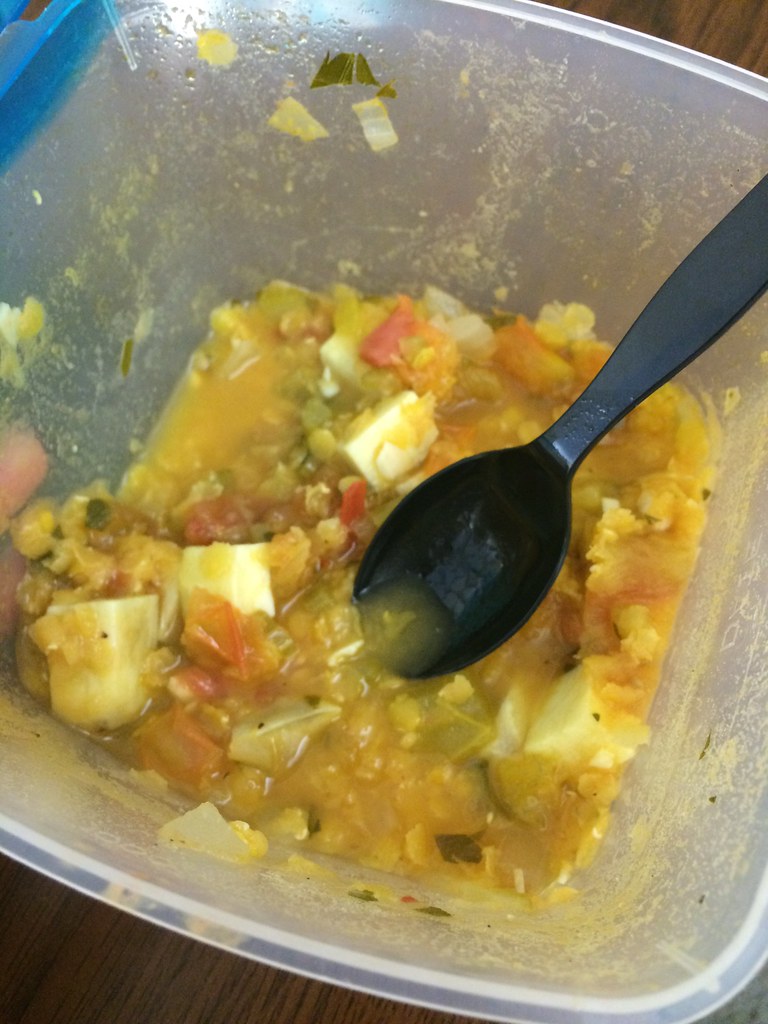 Red Lentil Soup with Turnip and Parsley — like I said, not the most photogenic 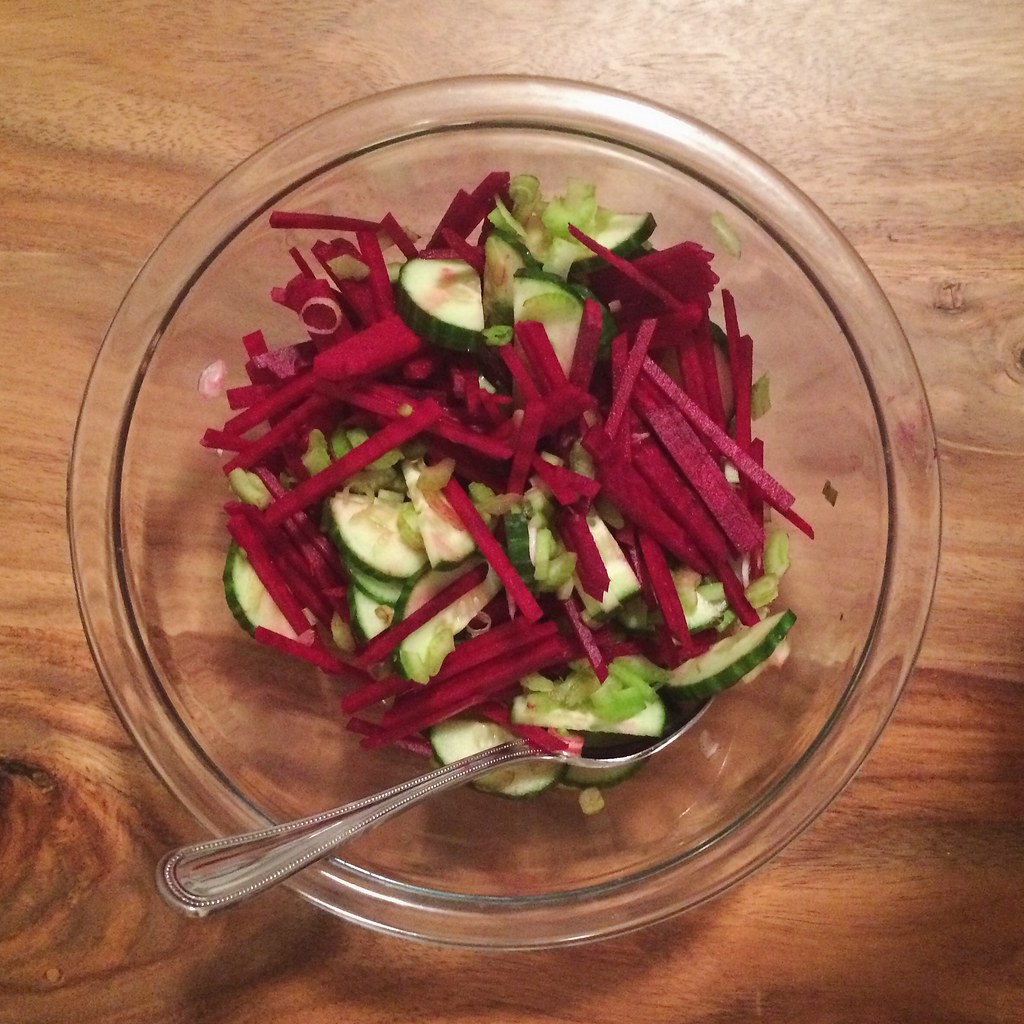 Beet slaw for my Beat,Avocado, and Arugula Salad with Sunflower Seeds 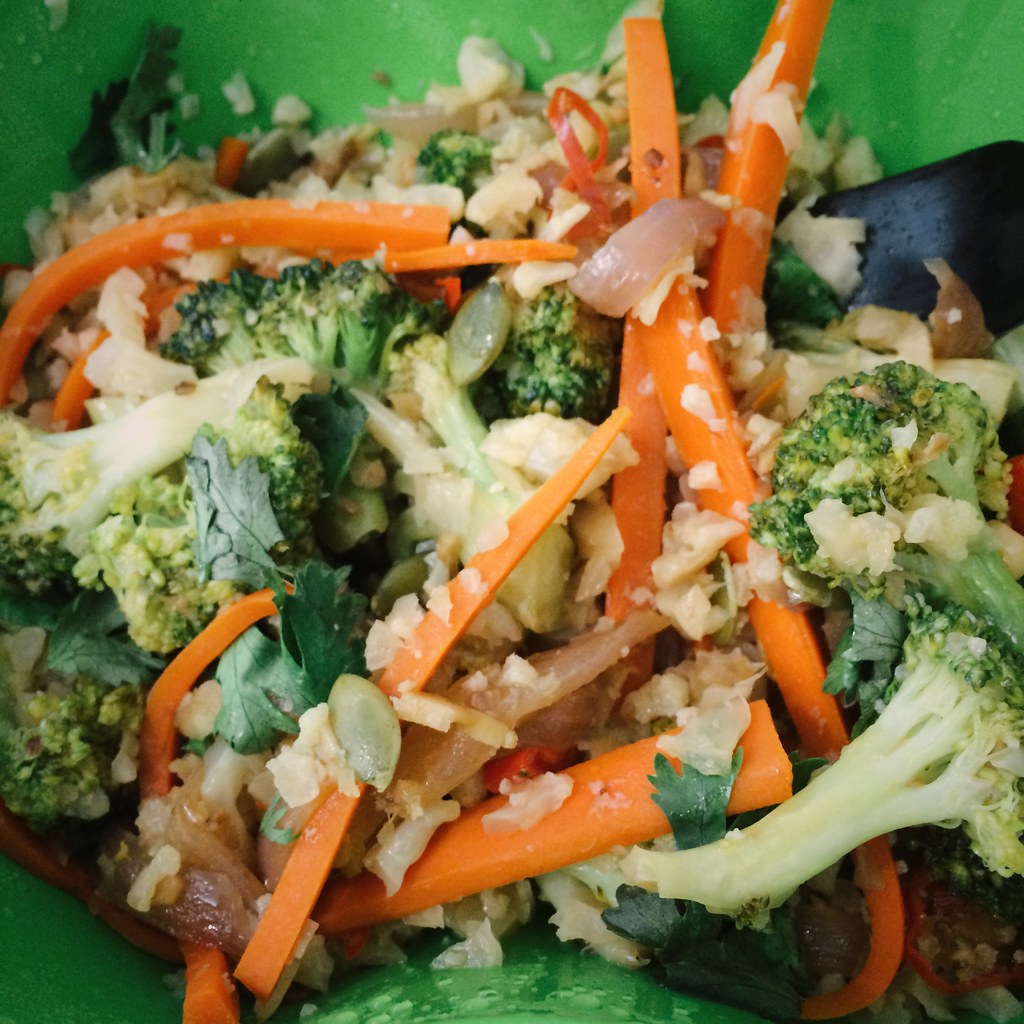 My favorite lunch and dinner meals from Week 1 included the Brussels Sprout Salad with Avocado and Pumpkin Seeds (not pictured) and the Cauliflower “Rice” Stir-Fry. The portions are not big, so I did feel rather hangry toward the afternoons. I ended up bringing carrots and hummus or strawberries as an afternoon snack to curb my hunger pangs.

I started Week 2 today. Fish and whole grains are being re-introduced so I anticipate feeling more satisfied. I will report back next week!

One thought on “Clean Slate – Week 1”